David has a BS in Mechanical Engineering from Florida State University. He joined Shell at the Norco Manufacturing Complex in 1992 and worked in support of refining operations and maintenance for five years. David moved to Shell’s Exploration and Production Division in New Orleans in 1997, where he has worked for the last 16 years. David was worked in support to offshore operations at several of Shell’s GoM assets. David served as the manager of Shell’s mid-size projects and construction division for five years and helped to restore production to assets following the events of Hurricane Katrina. David helped to improve Shell’s GoM asset reliability and performance while serving as the Facilities Surveillance Manager for five years. David transitioned into consulting engineering in 2015, serving as the Engineering Manager for Jacobs and now serving as the General Manager for Keystone’s Metairie office. David has been on the advisory panel for the Topsides conference since it started in 2011. 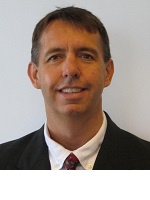