Kevin Hurst, a native of New Orleans, received a B.S. degree in Petroleum Engineering from LSU in 1982, and is currently working as a Production Operations Manager for EnVen Energy Ventures. Upon graduation from LSU, Kevin worked for Arco Oil and Gas for 16 years in a variety of Management, Engineering, Marketing, and HSE roles in locations such as Offshore GOM, Lafayette, Dallas, and finally Jakarta, Indonesia. Upon his return to the states in 1998, Kevin joined Southern Natural Gas Pipeline as an Operations Manager. Kevin later joined Project Consulting services in 2003. In 2004 Kevin decided to return to the upstream side and joined MODEC, an international FPSO provider, as General Manager of Operations with locations in Mexico, Brazil, and Ivory Coast. In 2008 Kevin returned to his home state Louisiana to join Stone Energy as an Operations Manager. Kevin later became Vice President of Operations with Stone for GOM shelf and Onshore South Louisiana. Kevin left Stone in 2015 and enjoyed a short 1-year retirement before returning to work with EnVen in 2016. 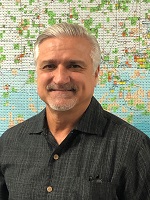