Chuck Blevins graduated in 1977 with a BS in ME from the University of Texas at Austin. After finishing his military obligation, he joined Gulf Oil Corporation in 1981, and has worked continuously for Gulf/Chevron for 37 years. His career began in engineering functions, touching workover and completions, and reservoir engineering. In 1992 he moved into offshore operations supervisory roles and has remained in operations for the last 25 years, with the last 6 years spent in Operational Support roles for Angola and GOM major capital projects (MCP’s). He has worked in numerous areas/basins of operations including Permian Basin, West Africa, Eurasia, and GOM. Chuck has served on the Deepwater Operations Conference advisory board for 2 years. 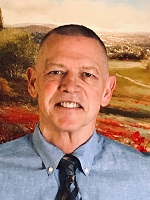